I am inform’d that your Honour was a leading Man in the late Extraordinary procedure against F —— n the Printer: And inasmuch as it cannot be long before you must appear at Christ‘s enlightned Tribunal, where every Man’s work shall be tryed, I humbly beseech you, in the Fear of GOD, to consider & Examine, whether that Procedure be according to the strict Rules of Justice and Equity? It is manifest, that this Man had broke no Law; and you know, Sir, that where there is no Law, there can be no Transgression: And, Sir, methinks you cannot but know, that it is highly unjust to punish a Man by a Law, to which the Fact committed is Antecedent. The Law ever looks forward, but never backward; but if once we come to punish Men, by vertue of LawsEx post Facto, Farewel Magna Charta, and English Liberties, for no Man can ever be safe, but may be punished for every Action he does by Laws made afterwards. This in my humble Opinion, both the Light of Nature and Laws of Justice abhor, and is what ought to be detested by all Good Men. 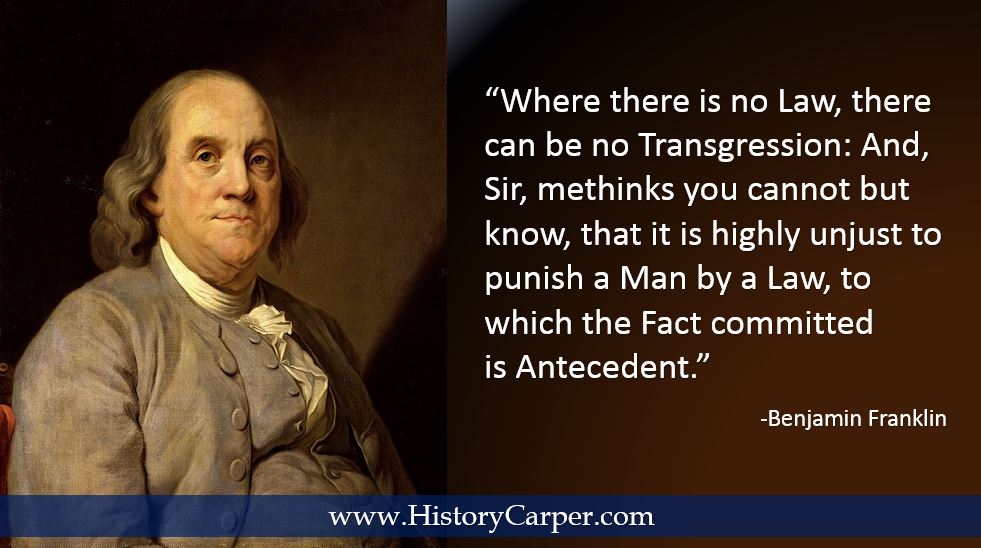 Moreover, this is not according to the procedure of the supream Judge of all the Earth, (who cannot but do right) which is the most perfect Rule for Humane Gods to copy after. You know, Sir, that he will Judge and punish Men, according to that Light and Law they were favour’d with; And that he will not punish the Heathen for disobeying the Gospel, of which they were intirely ignorant.

The end of Humane Law is to fix the boundaries within which Men ought to keep themselves; But if any are so hardy and presumptuous as to break through them, doubtless they deserve punishment. Now, If this Printer had transgress’d any Law, he ought to have been presented by a Grand Jury, and a fair Tryal brought on.

I would further observe to your Honour the danger of ill Precedents, and that this Precedent will not sleep; And, Sir, can you bear to think that Posterity will have Reason to Curse you on the Account hereof! By this our Religion may suffer extreamly hereafter; for, whatever those Ministers (if any such there were) who have push’d on this matter, may think of it, they have made a Rod for themselves in times to come, Blessed be God, we have a good King at present; but if it should please him for our Sins to punish us with a bad one, we may have a S —— y that will so Supervise our Ministers Sermons, as to suffer them to print none at all.

I would also humbly remind your Honour, that you were formerly led into an Error, which you afterwards Publickly and Solemnly (and I doubt not, Sincerely) Confess’d and repented of; and Sir, ought not this to make you the more Cautious & Circumspect in your Actions which relate to the publick all your Days?