I have received Letters lately from several considerable Men, earnestly urging me to write on the Subject of Paper-Money; and containing very severe Reflections on some Gentlemen, who are said to be Opposers of that Currency. I must desire to be excus’d if I decline publishing any Thing lent to me at this Juncture, that may add Fuel to the Flame, or aggravate that Management that has already sufficiently exasperated the Minds of the People. The Subject of Paper Currency is in it self very intricate, and I believe, understood by Few; I mean as to its Consequences in Futurum: And tho’ much might be said on that Head, I apprehend it to be the less necessary for me to handle it at this Time, because EXPERIENCE, (more prevalent than all the Logic in the World) has fully convinced us all, that it has been, and is now of the greatest Advantage to the Country: Not only those who were once doubtful are intirely of this Opinion, but the very Gentlemen who were at first most violent Enemies to that Currency, have lately, (particularly about the Time of the last Election) declared, freely, both in private Conversation, and publickly in Print, That they now are heartily for it; that they are sensible it has been a great Benefit to the Country; and that it has not now one Opponent that they know of. They have likewise assured us, That the Governour is a zealous Friend to it; and I do not understand that any material Reason is given for the Additional Bill’s not passing, but this. That it is contrary to the Constituents Orders from Home. If this be the Case, I see nothing further in it but this; that those Gentlemen who in their Zeal for the Good of their Country, formerly oppos’d Paper-Money, when they thought it would prove hurtful, and by their powerful Representations procured those Orders from Home, but now being better acquainted with its Usefulness, and sensible how much it is to our Advantage to have such a Currency, are become hearty Friends to it; I say, nothing remains, but that those Gentlemen join as heartily with the Representative Body of the Country to endeavour, by different Representations, a Revocation of those Orders: And in the mean Time, as it is certain They would be pleased at Home to see this Province in Prosperity, so without Doubt there is no Man so unreasonable among them, supposing that Act should now pass, as to imagine, that the whole Country united is entirely ignorant of its own true Interest. And the Interest of the Country is the same, I presume, with that of the Proprietary. 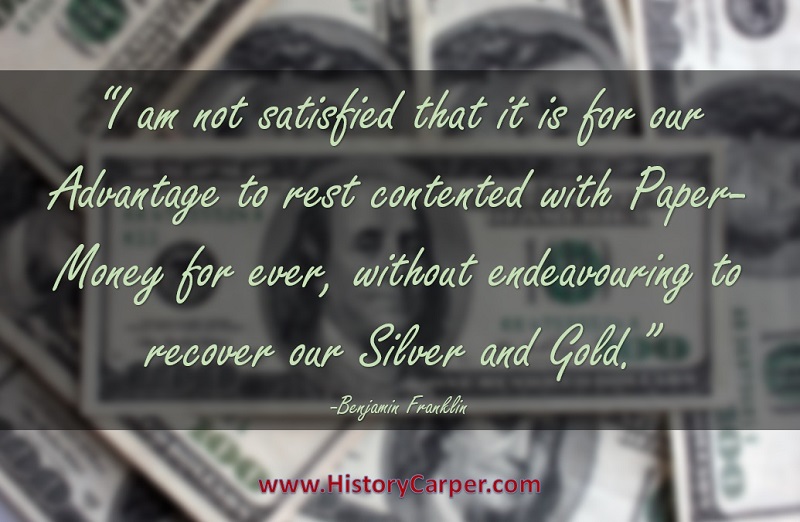 ‘Tis true indeed, I am not satisfied that it is for our Advantage to rest contented with Paper-Money for ever, without endeavouring to recover our Silver and Gold; which may be done without much Difficulty, (as I shall shew in some future Papers) if those who have the Management of Publick Affairs should have no Interests to pursue separate from those of their Country. Yet at this Time it seems absolutely necessary to have a large Additional Sum struck for the Relief of the People in their present miserable Circumstances, and until such Methods of Trade are thought on, and put in Practice, as will make that Currency needless; which I hope the Legislature will as soon as possible take into their Consideration. And in the mean Time I cannot but think it commendable in every honest Thinking Man, to publish his Sentiments on this Head, to the End such Methods may be chose and fallen upon as will appear most conducive.

Unhappy is the Case of that good Gentleman, our Governor, who sees a flourishing Province sinking under his Administration into the most wretched and deplorable Circumstances; and while no Good-will is wanting in him to wards us and our Welfare, finds his Hands are tyed, and that without deviating from his Instructions, it is not in his Power to help us. The whole Country is at this Instant filled with the greatest Heat and Animosity; and if there are yet among us any Opposers of a Paper-Currency, it is probable the Resentments of the People point at them; and tho’ I must earnestly exhort my Countrymen to Peace and Quietness, for that publick Disturbances are seldom known to be attended with any good Consequence; yet I cannot but think it would be highly prudent in those Gentlemen with all Expedition to publish such Vindications of themselves and their Actions, as will sufficiently clear them in the Eyes of all reasonable Men, from the Imputation of having a Design to engross the Property of the Country, and make themselves and their Posterity Lords, and the Bulk of the Inhabitants their Tenants and Vassals; which Design they are everywhere openly accused of. And such a Vindication is the more necessary at this Time, because if the People are once convinced there is no such Scheme on Foot, (and Truth without Doubt will prevail) it may exceedingly tend to the Settlement of their Minds, the Abatement of their Heats, and the Establishment of Peace, Love, and Unity, and all the Social Virtues.