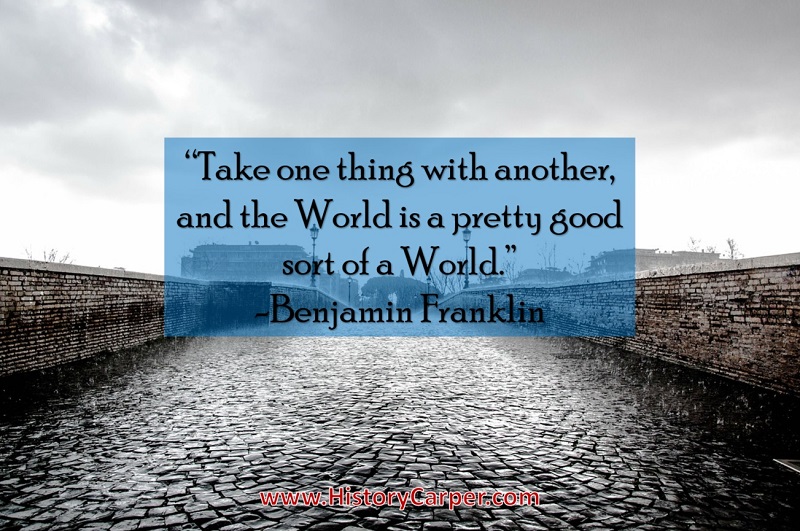 I acknowledge the Receipt of your kind Letters of Nov. 12. and Dec. 20. the latter per Mr. Williams. I condole with you on the Death of your Husband, who was I believe a truly affectionate one to you, and fully sensible of your Merit. It is not true that I have bought any Estate here. I have indeed had some thoughts of re-purchasing the little one in Northamptonshire that was our Grandfather’s, and had been many Generations in the Family, but was sold by our Uncle Thomas’s only Child Mrs. Fisher, the same that left you the Legacy. However I shall not do it unless I determine to remain in England, which I have not yet done.

As to the Reports you mention that are spread to my Disadvantage, I give myself as little Concern about them as possible. I have often met with such Treatment from People that I was all the while endeavouring to serve. At other times I have been extoll’d extravagantly when I have had little or no Merit. These are the Operations of Nature. It sometimes is cloudy, it rains, it hails; again ’tis clear and pleasant, and the Sun shines on us. Take one thing with another, and the World is a pretty good sort of a World; and ’tis our Duty to make the best of it and be thankful. One’s true Happiness depends more upon one’s own Judgement of one’s self, on a Consciousness of Rectitude in Action and Intention, and in the Approbation of those few who judge impartially, than upon the Applause of the unthinking undiscerning Multitude, who are apt to cry Hosanna today, and tomorrow, Crucify him. I see in the Papers that your Governor, Mr. Barnard, has been hardly thought of, and a little unkindly treated, as if he was a favourer of the Stamp Act: Yet it appears by his Letters to Government here, which have been read in Parliament, that he has wrote warmly in favour of the Province and against that Act, both before it pass’d and since; and so did your Lieutenant Governor to my certain Knowledge, tho’ the Mob have pull’d down his House. Surely the N. England People, when they are rightly inform’d, will do Justice to those Gentlemen, and think of them as they deserve.

Pray remember me kindly to Cousin Williams, and let him know that I am very sensible of his Kindness to you, and that I am not forgetful of any thing that may concern his Interest or his Pleasure, tho’ I have not yet wrote to him. I shall endeavour to make that Omission up to him as soon as possible.

I sent you some things by your Friend Capt. Freeman, which I shall be glad to hear came safe to hand, and that they were acceptable from Your affectionate Brother

My Love to your Children.

P.S. I congratulate you and my Countrymen on the Repeal of the Stamp Act. I send you a few of the Cards on which I wrote my Messages during the Time, it was debated here whether it might not be proper to reduce the Colonies to Obedience by Force of Arms: The Moral is, that the Colonies might be ruined, but that Britain would thereby be maimed.